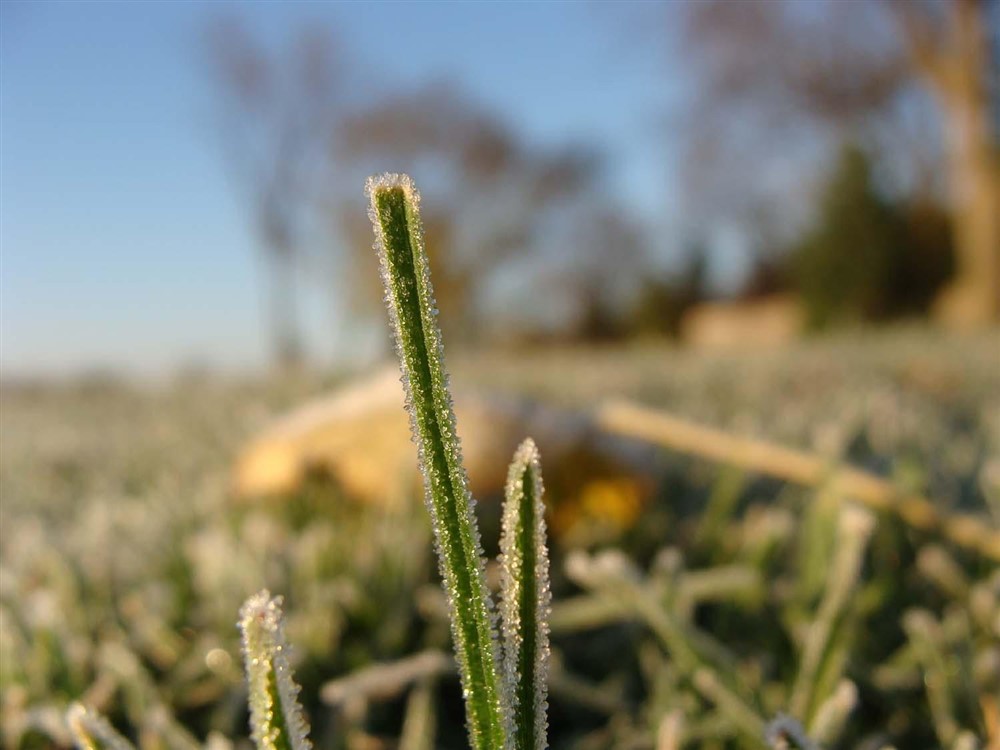 It's the season when there are frost delays at the Links. The average 1st frost in Glen Ellyn occurs October 6th. Cold nights in the Fall increase the chance frost will form on the golf course turf. If carts or foot traffic are allowed on the course while there is frost, there may be significant damage to the turf.

The damage to the turf isn't from the frost itself. Frost is just a visual clue that it is cold enough for the grass plant to freeze. The damage occurs when it gets cold enough for the water inside the turf grass plants to freeze. Grass plants can survive freezing but if you walk or drive over the turf, the frozen cells will burst and the grass blades will die. Usually, only the blades of the grass will die. The crown and roots of the plant will often survive and re-sprout new grass blades over time but if the temperature falls below 30°, the entire plant may die. The shorter turf on greens, tees and fairways are especially vulnerable to frost damage.

Frost forms when the air temperature at ground level is less than 32°. There are times when the thermometer reads higher than 32° and frost still occurs. This happens when the air temperature is between 32° and 38°. As the sun begins to rise it warms the air high in the sky and causes cold air to settle in the low areas on the ground and if the cold air is 32° or less, frost will form. There are times when there is no visible frost because no dew formed at night but the water in the grass plant still freezes and is subject to damage from traffic. 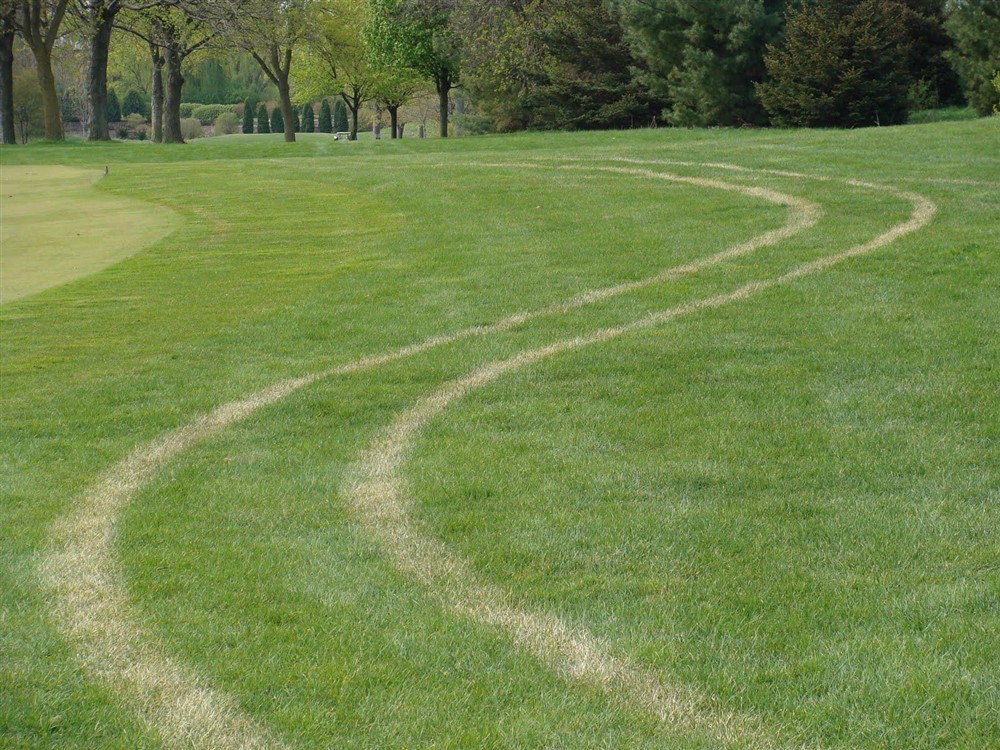