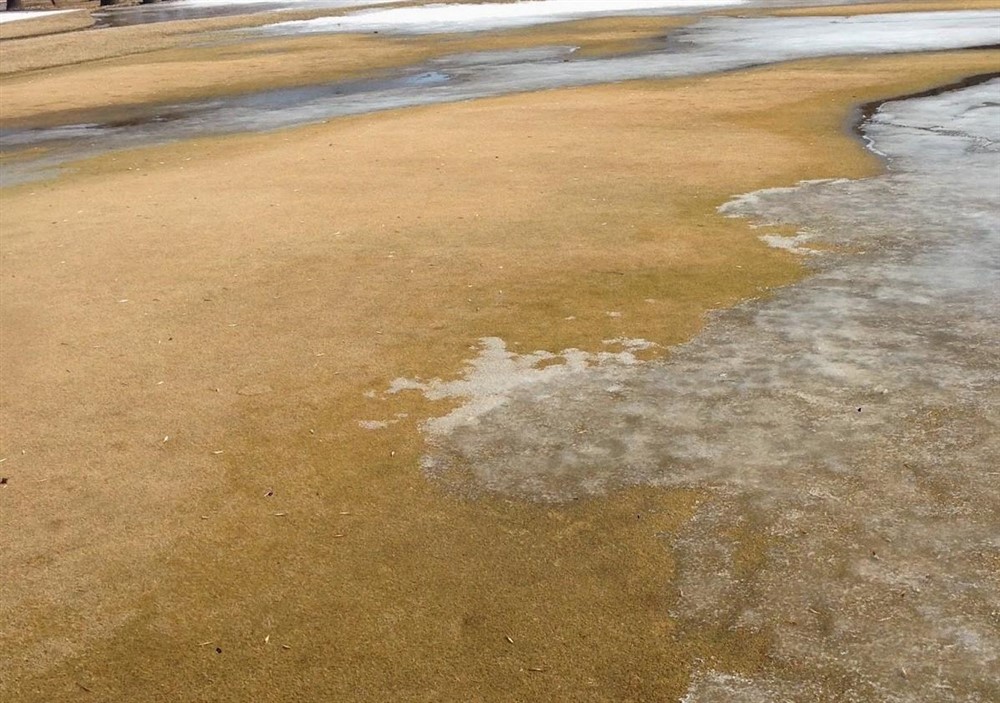 The winter of 2018-19 has not been good for turf. October was very wet and cold. November weather was extremely poor. Temperatures were an average of 16° below normal each day for the month. The golf courses were closed 18 days during November due to frozen turf. There was rain 13 days for a total of 2.3”. There was an early 1.5” snow on November 9th, 1” of snow on the 15th and there was an additional 7" of snow November 26th. Both regular golf courses were closed for the season earlier than normal November 27th. December and January saw wild swings in temperature and precipitation rates with brutal low temperatures giving way to warmer days with rain.

The February thaw caused most of the snow to melt and gives us our first look at the health of our turf. There are 2 areas of concern we are watching. The first is the amount of ice covering the turf on the greens. The recent melting snow was not able to seep into the ground because the soil is frozen solid. Ice has formed on 10%-15% of the green surfaces. Ice can prevent the necessary exchange of oxygen and harmful gasses at the surface of the turf resulting in possible turf loss. We minimized the ice coverage by removing most of the water from the greens before it froze. The second area we are watching is the formation of Pink Snow Mold (Michrodochium nivale). This winter/spring disease occurs as snow melts and the turf stays wet for extended periods. We normally apply preventive treatments for Snow Mold but we were unable to treat our turf because of the early winter weather in November. We are not anticipating wide-spread turf loss at this point but we will know more in a few weeks when temperatures start to climb. 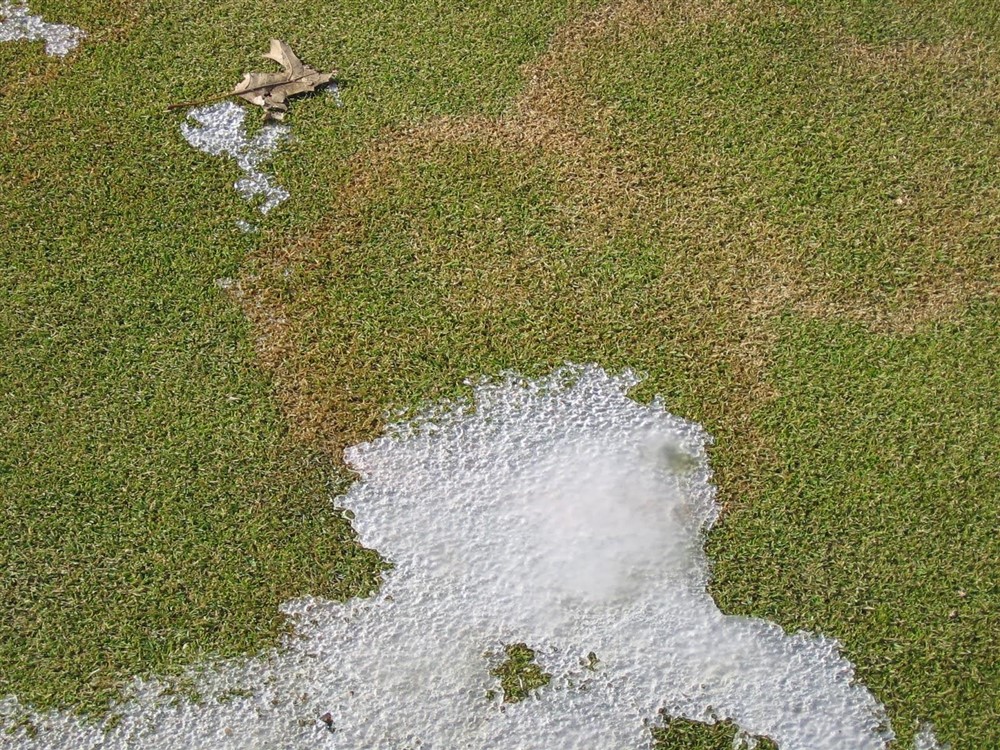